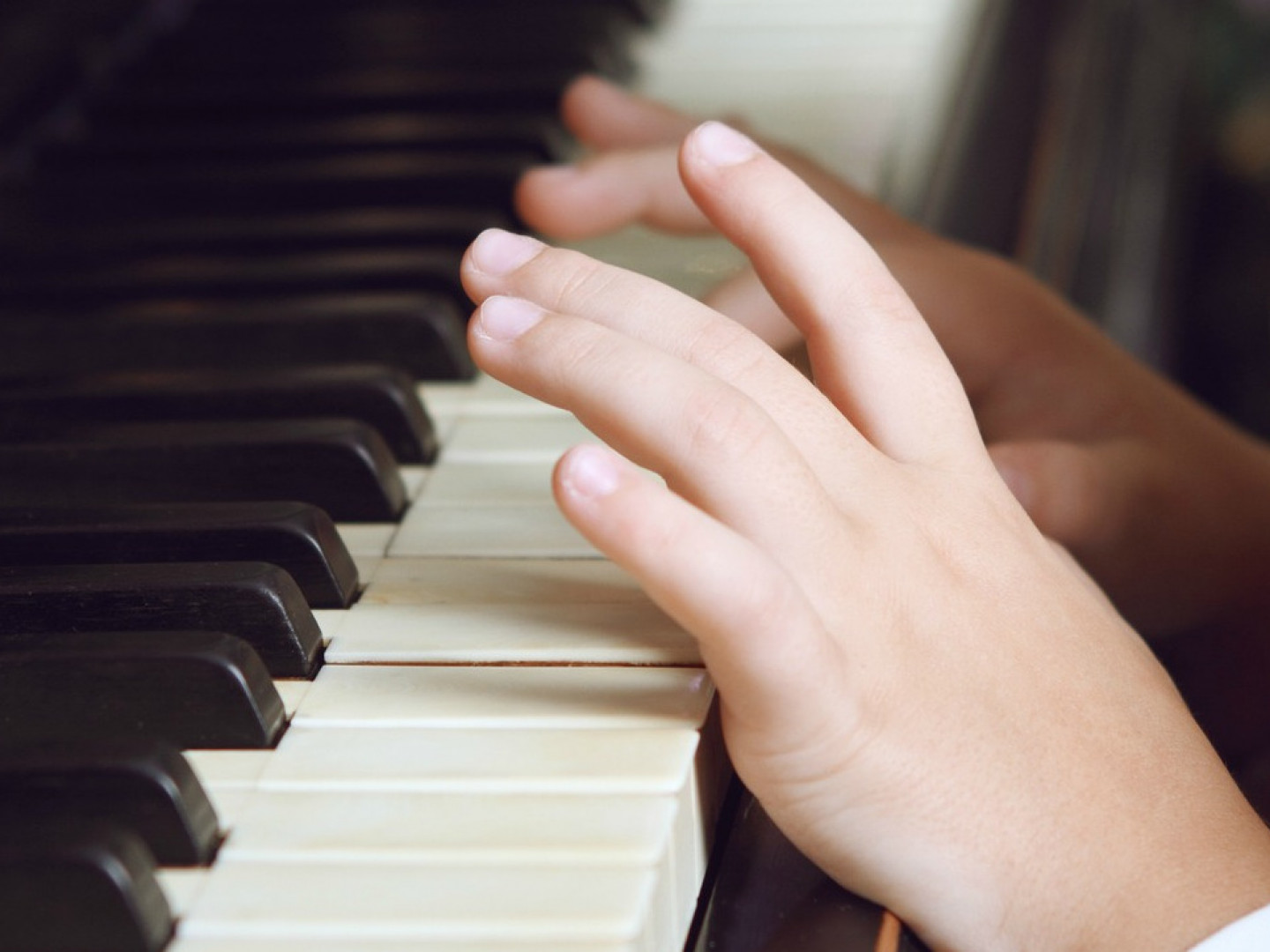 Center Stage Pianos offers a selection of entry level pianos (visit our Virtual Showroom) and has a 5 year trade-up policy when you're ready to make a bigger investment. Students can also purchase their piano method books and other music at our showroom. 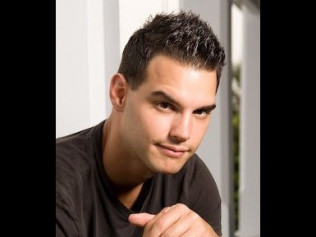 Michael James Battle was born in Utica, New York. His passion for playing piano began while studying at the Academy of Performing and Creative Arts in Clinton, NY. During his studies, Michael enrolled with the Associated Board of the Royal Schools of Music (ABRSM) located in Bedford Square, London. After completing numerous exams, Michael earned a Diploma Degree in Piano Performance from ABRSM. Michael holds an additional degree in Piano Performance from Onondaga College in Syracuse, NY.

Michael's debut album, Chopin After Midnight, earned a position in the top 10 on the Classical Billboard Chart three weeks after its release. It featured his first original composition, Carol in Db Major, written in honor of his mother who passed away from cancer. Reflection, Michael's second album, is compiled completely of his own compositions.

Michael's achievements as a pianist also include many scholarships and awards. 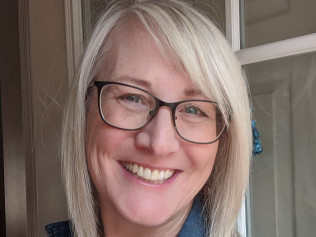 Christine Critelli attended SUNY Potsdam and studied with Clive Henry at Crane School of Music. She graduated with a BA in Education, went on to SUNY Cortland for an MA in Education. She began teaching in 1991 as a student teacher of her former teacher, Joanne Barnaba, owner of Joanne Marie's School of Piano. She continued teaching in 2000 with Sharon Wagner, former owner of Mohawk Valley School of Music. She now owns her own studio and has students of a wide range of ages and abilities, from the novice 5 year old to the new or returning adult student.

She continues to study with Rami Bar Niv of Israel, a well known international performer and instructor. She is a member of the National Guild of Piano Teachers and submits students every year to be evaluated. She also prepares students for NYSSMA which is held every year in May. She holds three recitals a year and encourages all to participate. She is classically trained but encourages all different types of music, depending on the student's interests. 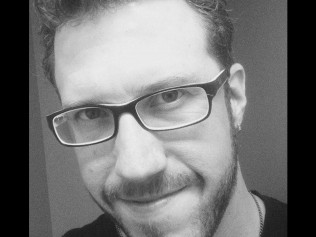 Keith has been a fixture of the CNY music scene for the last 22 years both as an instructor and performer. He can be seen as a solo act in clubs and for parties/weddings all over the area and is in demand as a keyboardist and vocalist, best known for his former tenure in the band Showtime. He has created many performance opportunities for his students with nationally renowned musicians the likes of Liberty Devitto (Billy Joel) and Mark Schulman (P!nk, Cher, Foreginer) and has further exposed them to pro artists through studio-wide field trip meet n' greet/concerts and hosting in-house workshops and clinics.

Keith specializes in modern styles, techniques and gear and has taught hundreds of students over the years, some of which have gone on to become music teachers or professional performers and composers themselves, and still others have overcome various physical and mental disabilities using his methods. He also has decades of experience as a church musician, having mentored praise and worship musicians all over the country. Keith has also appeared on many local recordings and TV specials.

In addition to the above, Keith is also an experienced radio and wedding DJ and in his spare time flies airplanes for the Civil Air Patrol, the auxiliary of the U.S. Air Force. 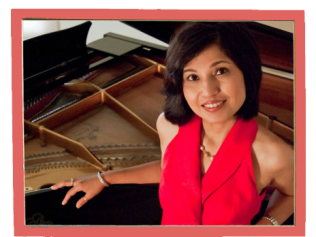 Academy Of Performing & Creative Arts
Jovita Bernard: Owner, Managing Director & Lead Piano Instructor
Jovita has been bringing her unique instructional style and her love for the piano to this area since 1990. Born in Malaysia into a large musical family, Jovita was the first in her family to formally study music and the piano. She largely credits her family's love of dance and music in daily life as her inspiration to grow, create and succeed in her chosen career.
With an education in music, finance and management science Jovita has incorporated this unique blend of her arts and science education into the creation of The Academy of Music in 1990 and evolving it into what is now the Academy of Performing & Creative Arts (APCA) in 2007. APCA offers instruction in piano, other classical instruments, voice and acting with a curriculum track that teaches and hones performing skills.
Today Jovita has added arranging, composing and creating and producing live and pre-recorded musical events ranging from small intimate shows to full stage productions to her plate but has not lost sight of her first love-the piano. She still shares her skills and talents on this instrument with students of all ages who share that love with her. 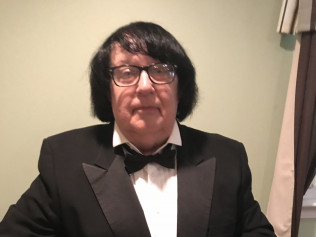 Academy of Performing & Creative Arts
Instrumental Lessons: Strings, Woodwinds (including oboe and bassoon), Brass, Piano
John Freleigh
John has been teaching instrumental and vocal/general music in area schools for a number of years. He holds a Bachelor of Science Degree in Music from Hartwick College and a Master of Music Degree from Syracuse University, as well as permanent New York State Certification in Music. He has been identified as a multiple-year honoree in "Who's Who Among America's Teachers."
His performance credits include: Catskill Symphony in Oneonta (viola), Binghamton Community Orchestra (principal viola), Greater Utica Chamber Orchestra, (principal viola and associate conductor), and Floyd Community Band (bassoon, flute, oboe, and trumpet). Before moving to the Mohawk Valley, he appeared as guest piano soloist with a high school orchestra in a performance of "Exodus." In addition to his instrumental performances, he has also sung in the Catskill Choral Society (Tenor I) during which time the Society produced the world premier recording of "Jonah," (1775, documented to be the first oratorio composed in the "New World"), and since 2015 has sung in the Hamilton College Masterworks Chorale (Tenor I). 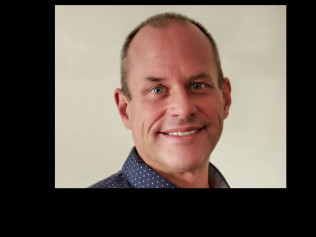 Stephen is no stranger to the professional stage. Stephen began his career in Germany at the Theater der Landeshauptstadt Magdeburg where he played such roles as: "Tony" in West Side Story; "Brad" in Rocky Horror Picture Show; "Ferrando" in Cosi Fan Tutti; "Steuerman" in The Flying Dutchman to name a few. His last year in Germany he was on stage performing for over 316 performances, in 16 different productions.

Son of Heather Thomson (Dramatic Soprano) and Perry Price (Helden Tenor), he was truly a theater child and learned at a very young age, the world of Performing and Stage Craft. He went on from Germany to study at McGill University in Montreal, Canada, where he majored in Voice and Acting performance. Then he left for Europe once more. It was then that Stephen really hit his stride in the Theater world and was asked to join shows such as Jekyll and Hyde in Cologne Germany, and Phantom of the Opera in an all-star cast in Stuttgart Germany.

Stephen was then as handpicked by Sir Andrew Lloyd Weber himself and 21 time Tony Award winner Hal Prince, to join in the new Las Vegas Phantom of the Opera at the Venetian Hotel on the world famous Strip. Stephen has graced the stages of Europe and North America for many years performing over 11,000+ shows.

Still performing abroad and locally today, Stephen is enjoying life living in Upstate NY, with his two daughters, Lily and Charlize. Stephen continues to be a sought after coach in voice and acting and has been with the Academy Of Performing & Creative Arts (APCA) for 10 years as the agency's lead vocal & acting instructor working with and honing the skills and talents of 100's of area youth, teens and adults.